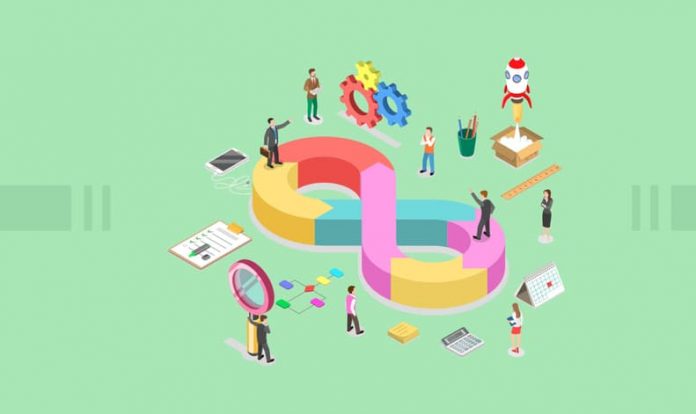 Every revolution has a set of cornerstones that drive it forward with unmatched intensity and grit. For a revolution to be successful, these cornerstones must display a certain amount of promise in order to convince people for leaving the methodologies that they have clutched close to their heart since long. It’s upon these cornerstones to pave the way for others to follow. Tech industry is witnessing one such revolution. In the last decade or so, tech sphere has staked a claim at becoming a core part of the worldwide structure. The overall contribution of the industry in terms of advancements and day-to-day impact on our lives has given it the driving seat to lead us towards a new period. The revolution of tech sphere is driven by many extraordinary technologies acting as its cornerstones, and one such technology is DevOps. DevOps has been a true revelation ever since it hit the business block. By bringing the ropes of software development and software operations together, DevOps has managed to create an environment that can foster unparalleled efficiency levels in a much smaller timeframe, giving the companies enough room to ensure greater quality of the overall output.

Before DevOps arrived on the scene, businesses were stuck with outdated and clunky legacy software. This would hinder their ability to achieve desirable results. As if the technical incapability wasn’t enough, these systems were hardly primed to offer fair value for the companies’ investment, thus putting these organizations in a very sticky situation. DevOps, in this case, became a game-changer for these companies. It brought a sense of dexterity with it which the companies were pining for all this time. If reports are to be believed, organizations have enjoyed a sizeable four-fold increase in productivity levels ever since they brought in DevOps on board. Furthermore, companies who are using DevOps are reportedly being 46 times more frequent in their software deployment frequencies compared to the companies who haven’t yet associated with DevOps.

One of the many things that set DevOps apart is how it helps you in devoting your attention towards the most important element of any business, regardless of which field that business is thriving in. That element is people. You can create the most advanced technology this world has ever seen but it will be a bust if there are no people to drive it forward, to help it grow, and to keep it sustainable over a long period of time. People are the lifeblood of any trade, and DevOps is designed in a way to understand that. DevOps can make everything largely automated when you finally get it rolling properly, however to get there you need a team that is well aware of the craft. By establishing a clear and comprehensive structure, DevOps educates you about what exactly might be needed at every stage, both in technological and human resources sense. This clear and organized piece of information then ends up outlining a specific criterion which you use to assign tasks to your workforce, handing them out to particular individuals that fit the bill. The impact of right recruitment to facilitate the DevOps procedure is quite bigger than you’d expect. In fact, it’s so important that below par recruitment can end up nullifying the efficiency of perfectly set up system. There needs to be a healthy collaboration between the technology and the human workforce, if desired results are to be achieved.

DevOps isn’t just an exclusive service. It’s a range of services packaged together in a way that encourages efficiency on a holistic scale. When you integrate DevOps, you are raising the level of your entire process. This is done with the help of elements like:

Automation: It’s no rocket-science that in order to achieve better efficiency, it’s pertinent that you find a way to speed up the slow phases of your process. DevOps takes care of that through its automation element by zipping through the entire course of action at a better and more consistent pace. Apart from it, automation proves to be of great value when you have to send small but frequent software updates on your website. This removes any need for manually updating the software, thus saving a good chunk of time.

Continuous Integration: Before DevOps, development teams would work on their coding scripts separately. Later, they would blend these scripts in a central location. This method, more often than not, resulted in a very inconsistent final product. DevOps’ Continuous Integration is designed to remedy that problem. CI technology allows the team member to collaborate in a much more communicable manner. This simple change brings a good deal of fluidity to the process and enhances the quality of the final product.

LaKisha C. Brooks, M.Sc., M.Ed, CDP, Director of Learning and Development, Brooks Enterprise and Consultants - September 24, 2021
A lack of soft skills is one of the biggest hurdles to hiring qualified people and to offering career enhancement opportunities. Soft skills include...

Ben Eilenberg, Generalist Teacher and Microsoft Innovative Educator Expert, Silverton Primary School - September 24, 2021
Over a period, I have been looking at ways to implement a wide range of Robotics and programming into the wider curriculum. When I...

Weston Morris, Director of Global Strategy, Unisys - September 24, 2021
4 Steps to an Effective Modern Workplace We are all talking about a “hybrid office” as if it were a new idea. The reality is,...

Employees at ExpressVPN are concerned with the company’s top position being held by an...

A grain handler in Minnesota has been the subject of a ransomware attack.

Sandra Nath, Senior Contributor - September 24, 2021
Crystal Valley Cooperative, a Minnesota agricultural organization, said it had been the subject of a ransomware attack in recent days, making it the second...